Regional Unit of Xanthi
and the Region of Eastern
Macedonia & Thrace 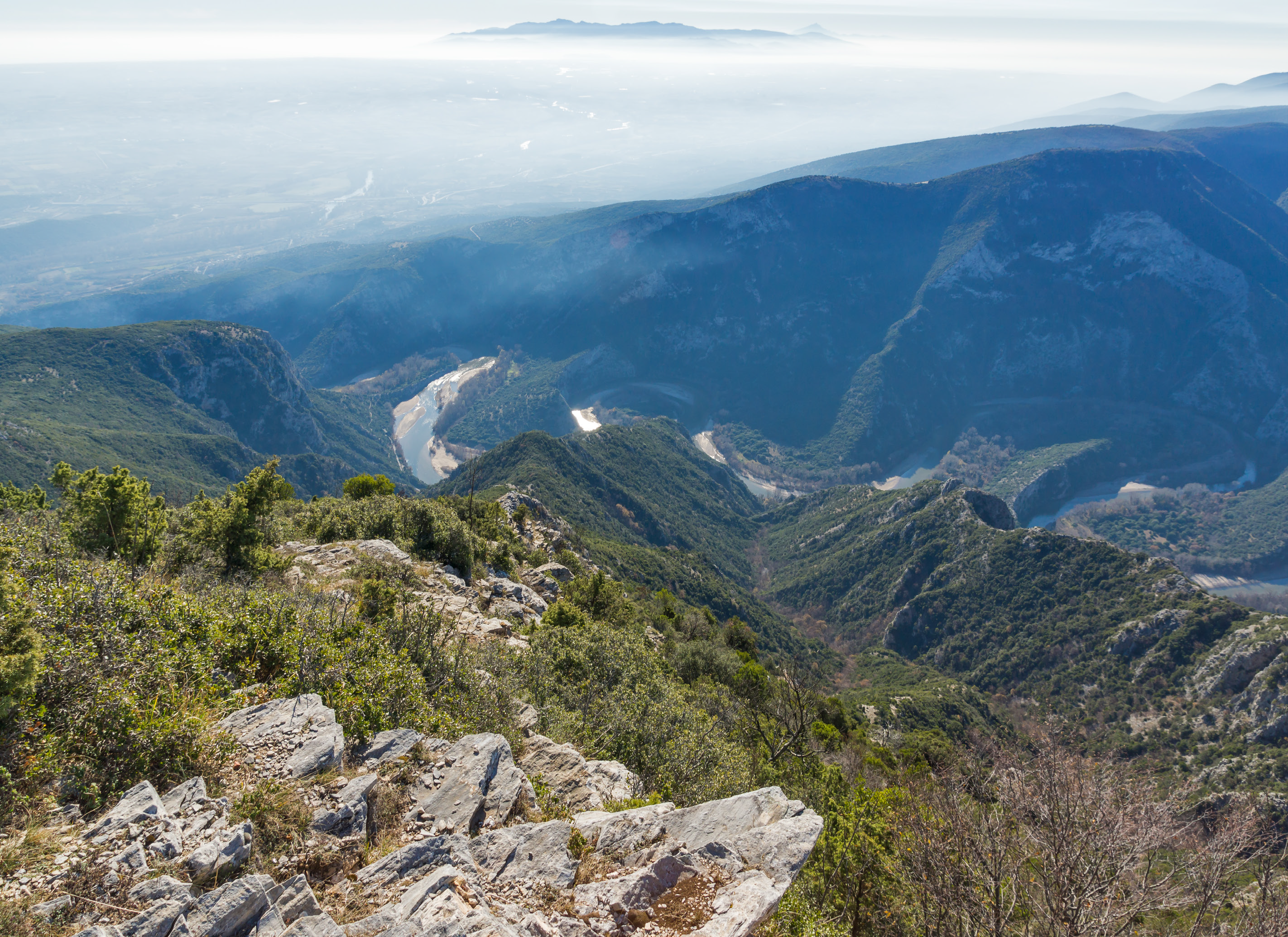 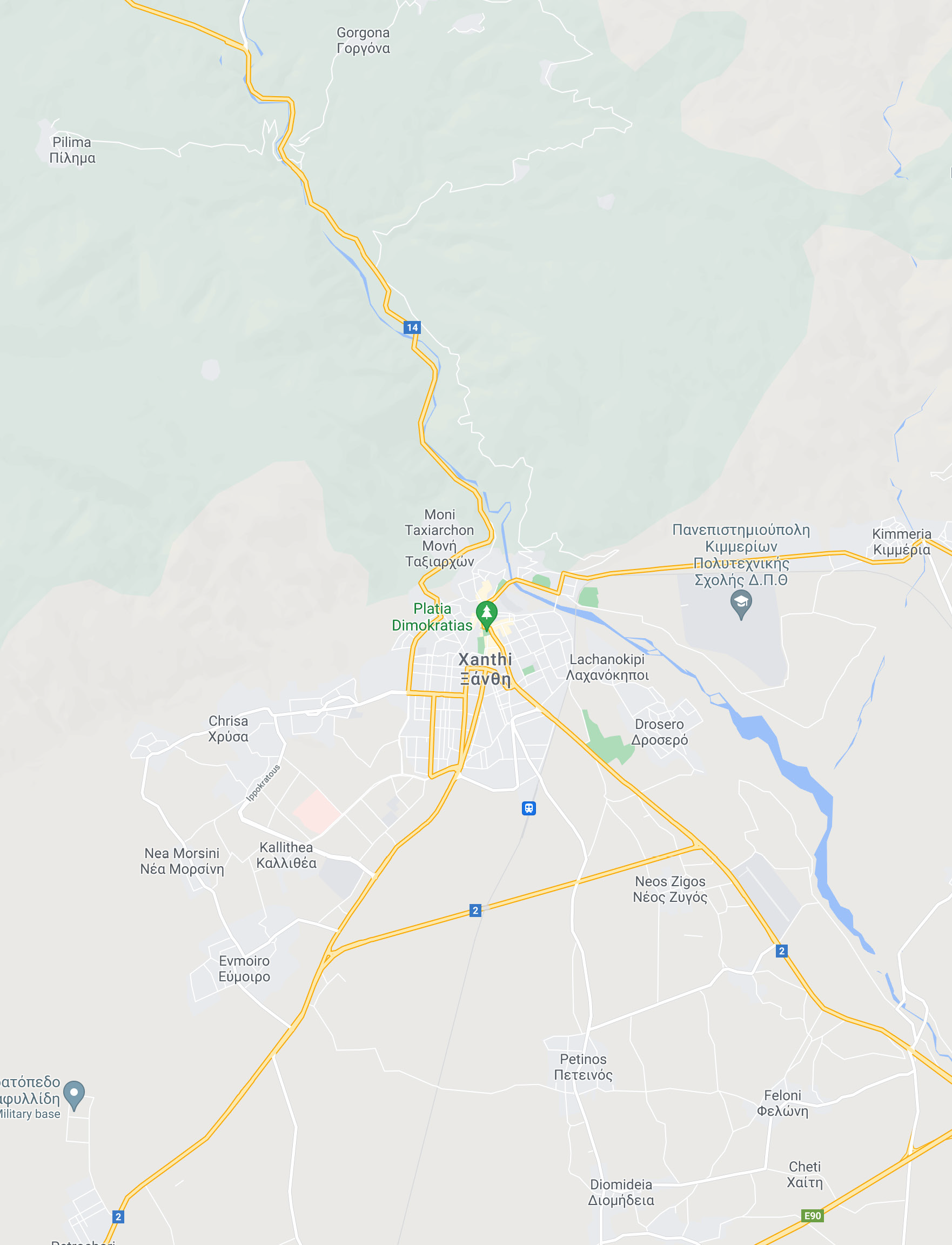 Ecotourism and Agrotourism in The Region of Xanthi

The Regional Unit of Xanthi seems to have the highest ecotourism and agrotourism infrastructure than any other Regional Unit of the Region of Eastern Macedonia and Thrace. With center the river of Nestos and in a rather large area that extends from the forest of Haidou, to Keramoti, the Livaditis Waterfall, the Vistonida lake and the Pomakochoria (Stavroupoli, Toxotes, Straits of Nestos, Delta Nestou-Kotza Orman, Kosinthos, Giftokastro, Kimmeria), there are a number of ecotourism units (Stavroupoli, Karyofyto, Xanthi) and service companies, which organize a number of activities along the river and in the surrounding mountains (trekking, rafting, archery, mountain biking, 4X4, bird watching). 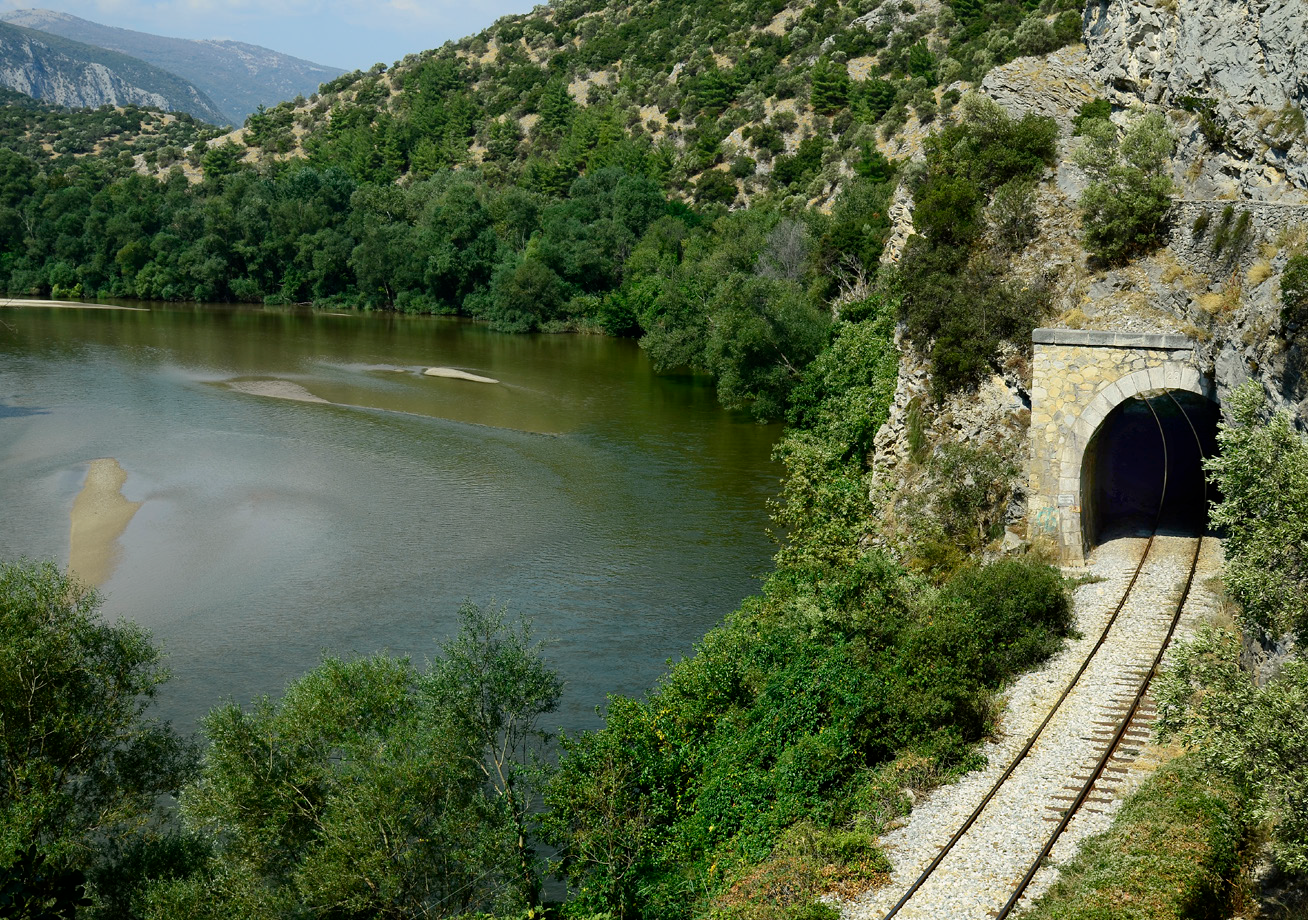 Corresponding units with equestrian tourism and agritourism services exist in Komnina, Petinos, Myrodato Beach and Avdira. In Avdira, there is the center of the wine tourism infrastructure of the Regional Unit with vineyards and estates, which compose another part of the Wine Route of Dionysus. 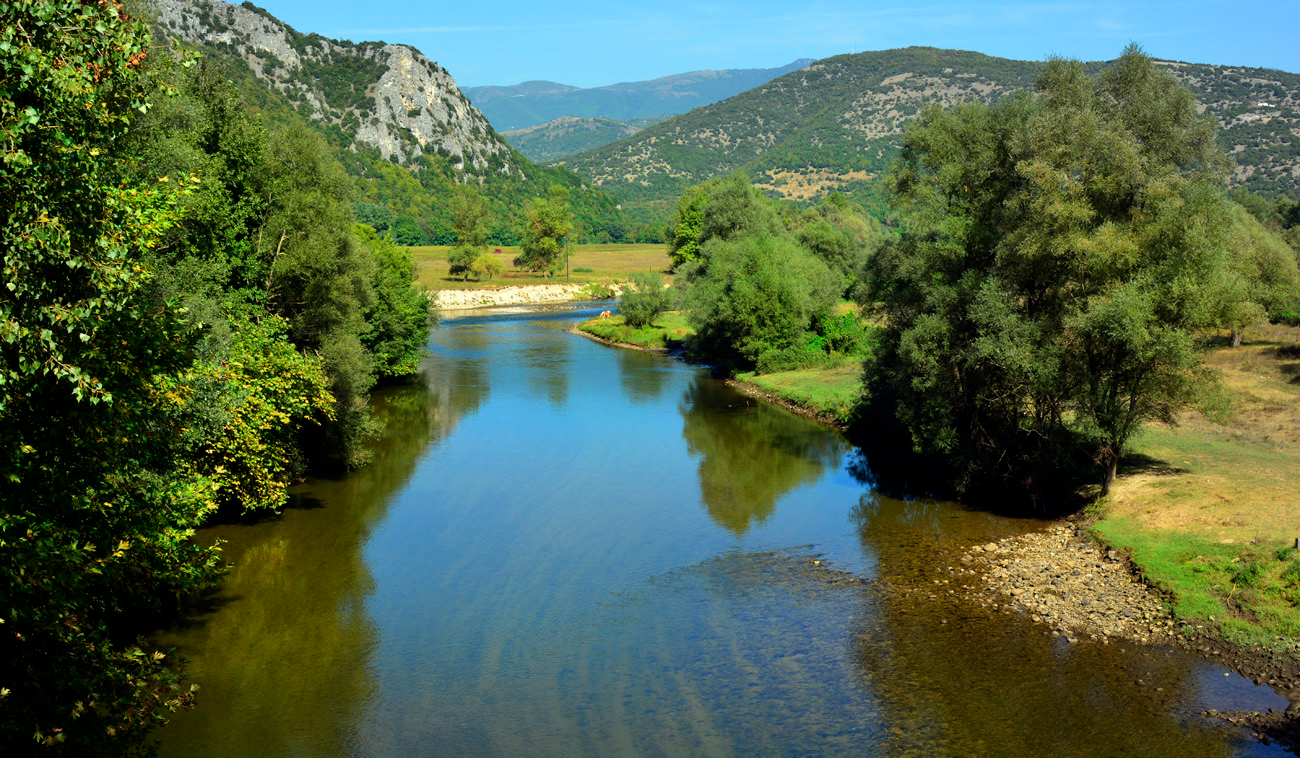 Xanthi Regional Unit is the second Regional Unit after Drama that has glider tracks (parachuting) in Neos Zygos, between Xanthi and Komotini. One area in which the Regional Unit has a high infrastructure capital is thermalism. In the regional unit of Xanthi are the well-known Thermal Baths of Thermes (as well as other hot springs in the area of P omakochoria) and the Spa of Potamia on the road to Komotini. Gastronomy in the Prefecture of Xanthi

In the Peripheral Unit of Xanthi, typical dishes are the chickpeas with pumpkin and spices, the lamb with yufkades, the cured beef pie, the traditional pasta and the kebab. A trademark of Xanthi are both syrup sweets and those based on chocolate such as cariocas, nougat, saragli, syrup gelin bochta, soutzouk loukoum or the seker pare made of semolina and fresh butter. Jams and handmade pastries are also made with local ingredients and even wild forest fruits. In Xanthi, many fruits and vegetables (potatoes, asparagus, mushrooms) and legumes are produced.

Dairy products are of excellent quality, while large-scale production takes place in cheese (e.g., feta) and livestock products (e.g., poultry). Important parts of the nutrition of Xanthi are also the fish such as river trout, but also catches from the Thracian Sea and Porto Lagos. Finally, as far as wine is concerned, as in the rest of the Region, so in Xanthi, the tradition of Dionysus continues mainly in the vineyard of Abdera with the standard protected geographical indications Abdera wine. 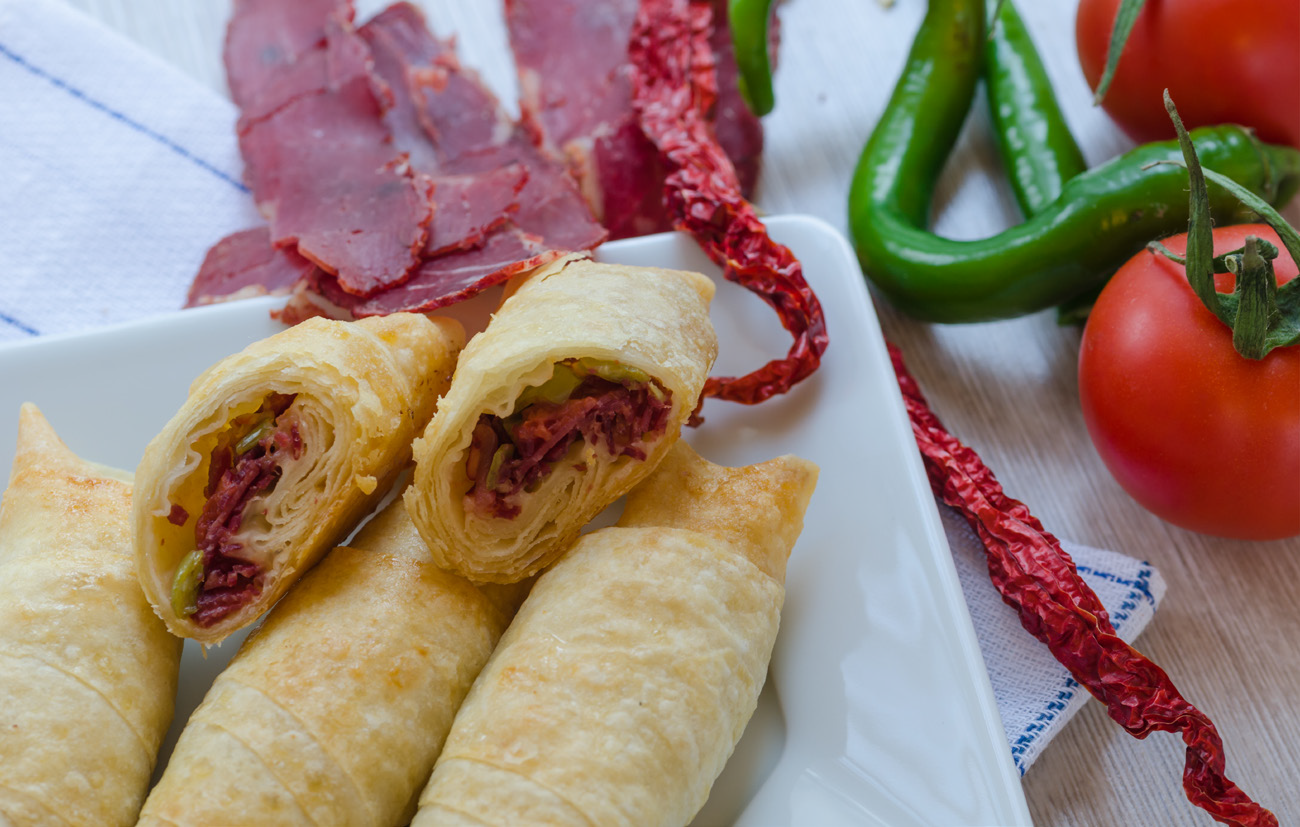 Tourism demand in the Region of Eastern Macedonia and Thrace

According to information from the Institute for Tourism Research and Forecasting, 2013 in the region of Eastern Macedonia and Thrace arrived 1.154.977 visitors corresponding to 6% of total arrivals of the country. This is the 6th region in terms of demand for visitors. Of all the arrivals, only 6.3% had the plane as their means of transportation, while the other visitors came by road. The size of overnight stays is positive, as 2013 rose to 8.200.196 corresponding to 5% of national stays. The Region of Eastern Macedonia and Thrace is selected for multi-day vacations, as in 2013 visitors stayed 7.1 days slightly different from the national average (8.9 days). According to the information from the Institute for Tourism Research and Forecasting, in 2013, the touristic traffic was more intense from the resident visitors who were the 52.96% of the total visitors, while the foreigners were the 47,04%. 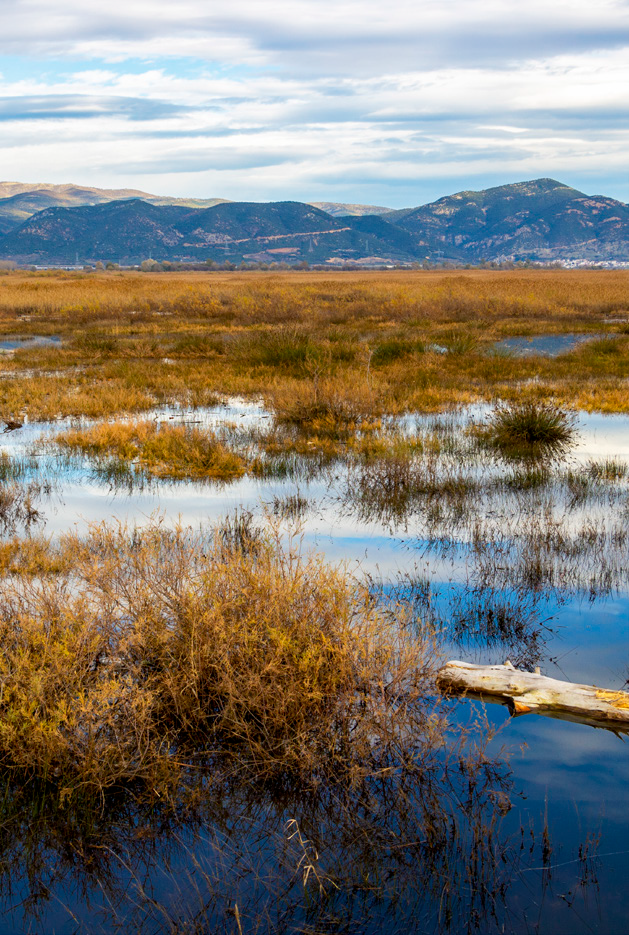 Almost all foreign visitors come from European countries. In particular, the most important foreign tourism markets for the region are Germany (16.09%) which constitutes the main country of origin of visitors despite being significantly reduced compared to 2010 (-6.01%). Romania and Bulgaria (14.15% and 10.52% respectively) are following, where the region’s tourism share increased significantly compared to the previous two years. Significant tourist flows also exist from the United Kingdom (9.96%) and Serbia and Montenegro (7.66%). A particularly dynamic tourism market is now Turkey (5.17%) for which there is an increase in overnight stays by approximately 2%, while the tourist traffic from Russia (6.58%) increased by 6.04% was spectacular in 2010-2012. The distribution of overnight stays during the year shows a stronger demand for the whole region during the summer period, namely in June, July and August.

The city of Xanthi is easily accessible for visitors.

• The road network of Xanthi is connected to the axis of the Egnatia Highway. Kavala: 53.4 km Komotini: 48.2 km Alexandroupoli: 100 km Thessaloniki: 205 km

• There is a connection with Bulgaria through the vertical axis Komotini-Nymfaia.

• Transportation by intercity buses from and to Thessaloniki, Kavala, Komotini and Alexandroupolis.

For Stavroupoli there is the line of the intercity bus station of Xanthi that can be used. Other ways to reach the routes are by car, by renting a vehicle from a car rental company or by taxi.