Last update by : GEadmin@ecotournet.net on 28.Oct.21

About 20 minutes
at an average pace 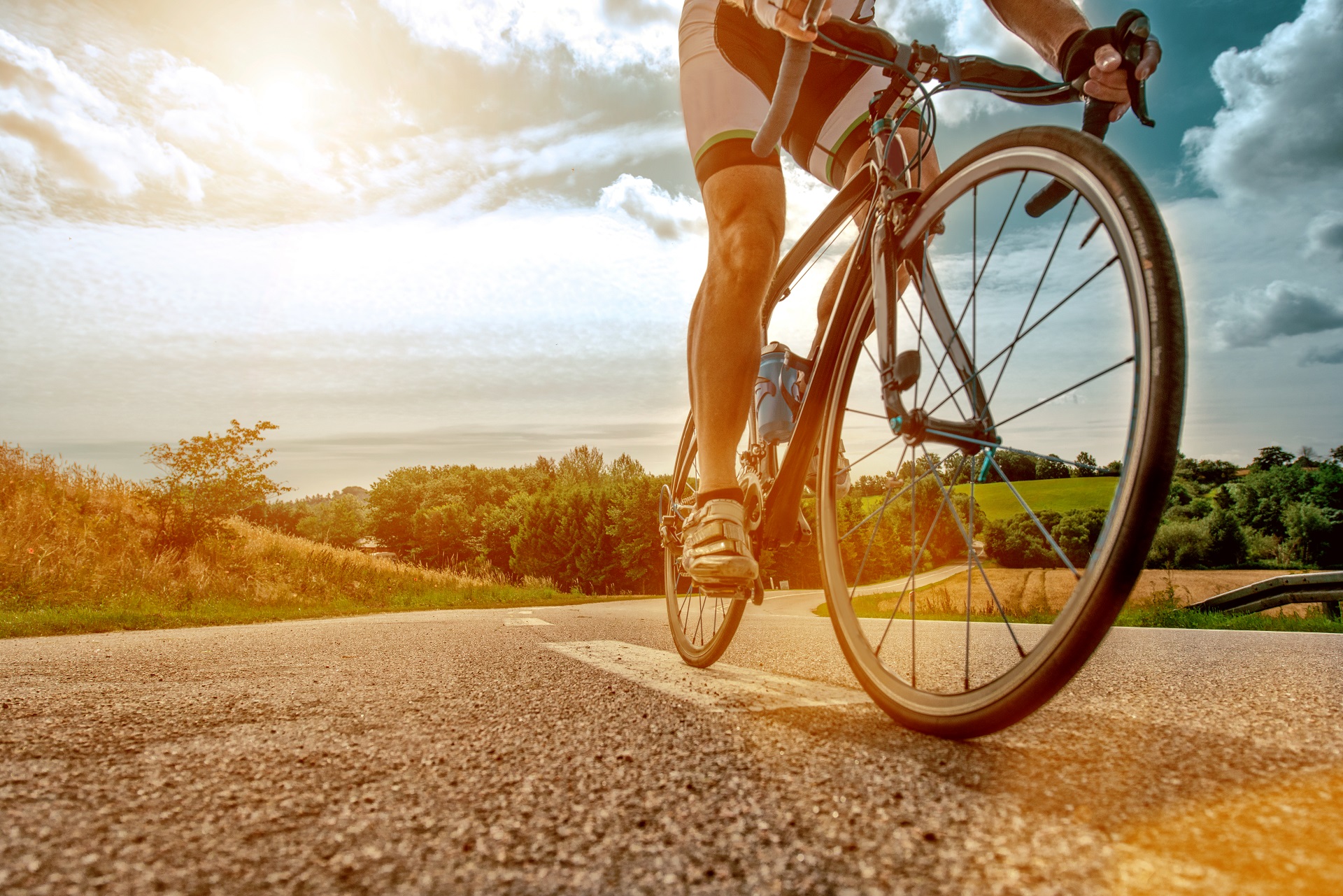 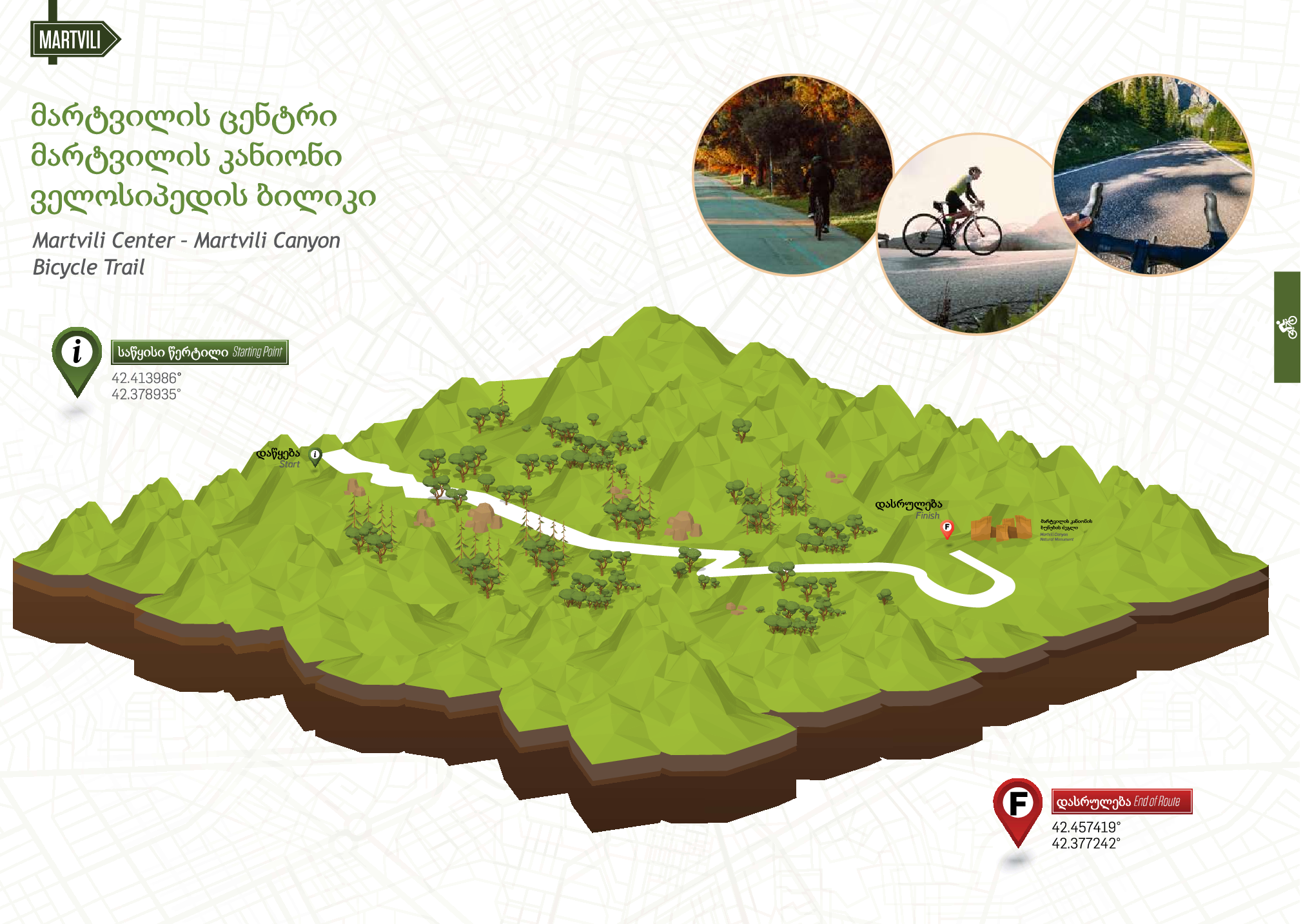 Availability of drinking and technical water: one spring is located on the trail. Visitors can buy water in shops located along the trail.

Remarks: The trail follows the asphalted road and there is sufficient
space for cycling. In some areas cyclists need to cross the road and in these areas maximum caution must be applied. During nighttime cyclists are advised to use special equipment to increase their visibility to drivers.

Description: Cycling is one of the most convenient means of transportation towards Martvili Canyon. The terrain is relatively easy, suitable for amateurs and does not require significant cycling experience and special physical trainings. Visitors coming to the canyon can either turn back to Martvili or continue their travel towards Kaghu Waterfall. The bicycle trail is linked with the Oniore Waterfall.

Before beginning the itinerary the cyclist can visit Martvili monastery which is near the starting location of the lane (near Martvili center). Tourist can also reach the monastery by cable way, which is presented from Martvili center to Martvili Monastery. It’s length is 670 m and it takes 3 minutes to get there.

Martvili monastery is one of the most visited sights in the Martvili municipality. It presents early middle-ages Christian Cathedral and monastery complex, which originally was pagan religious center. In the middle ages Martvili was big cultural and educational center, where acted not a few famous scholars and where a lot of unique manuscripts were kept. 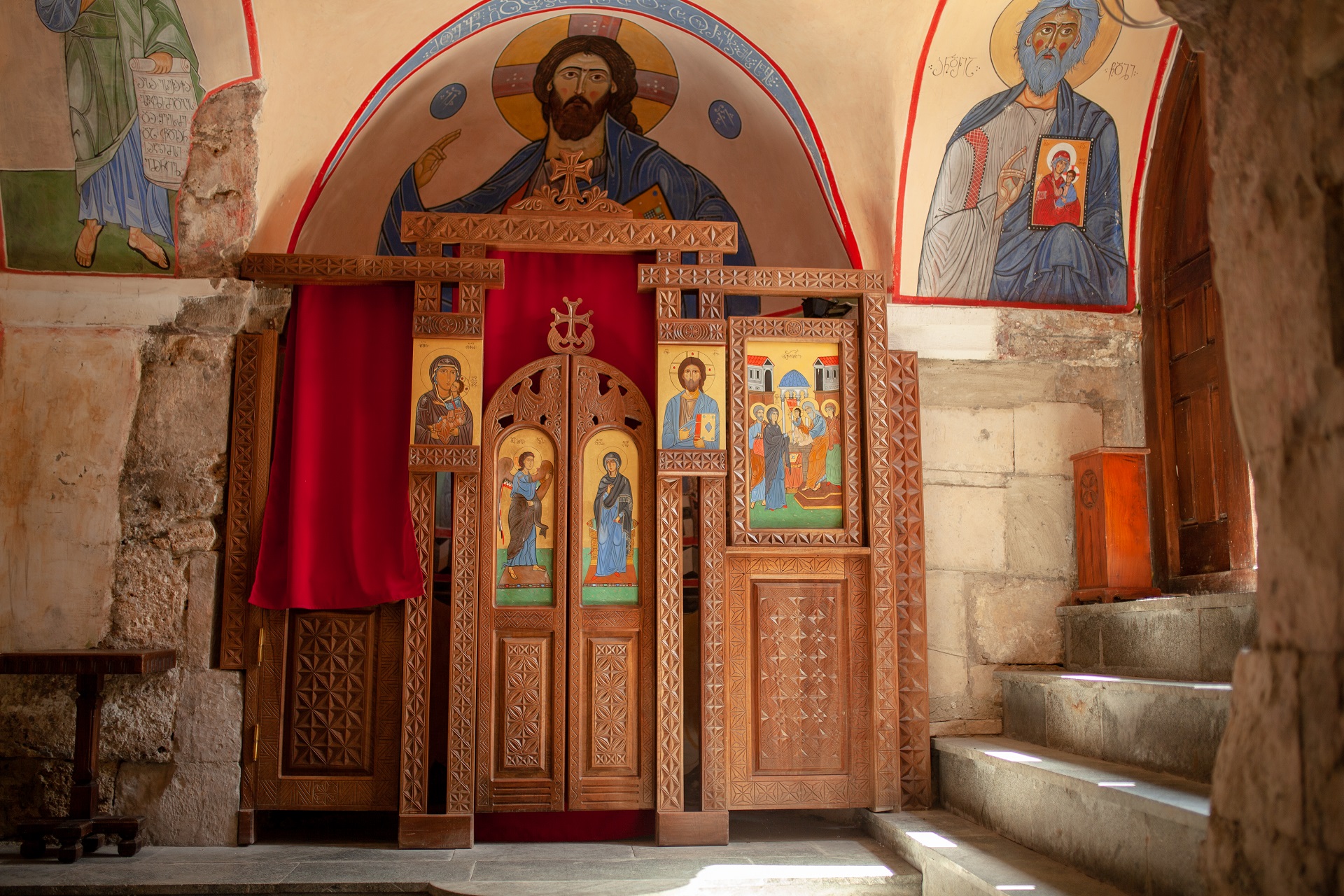 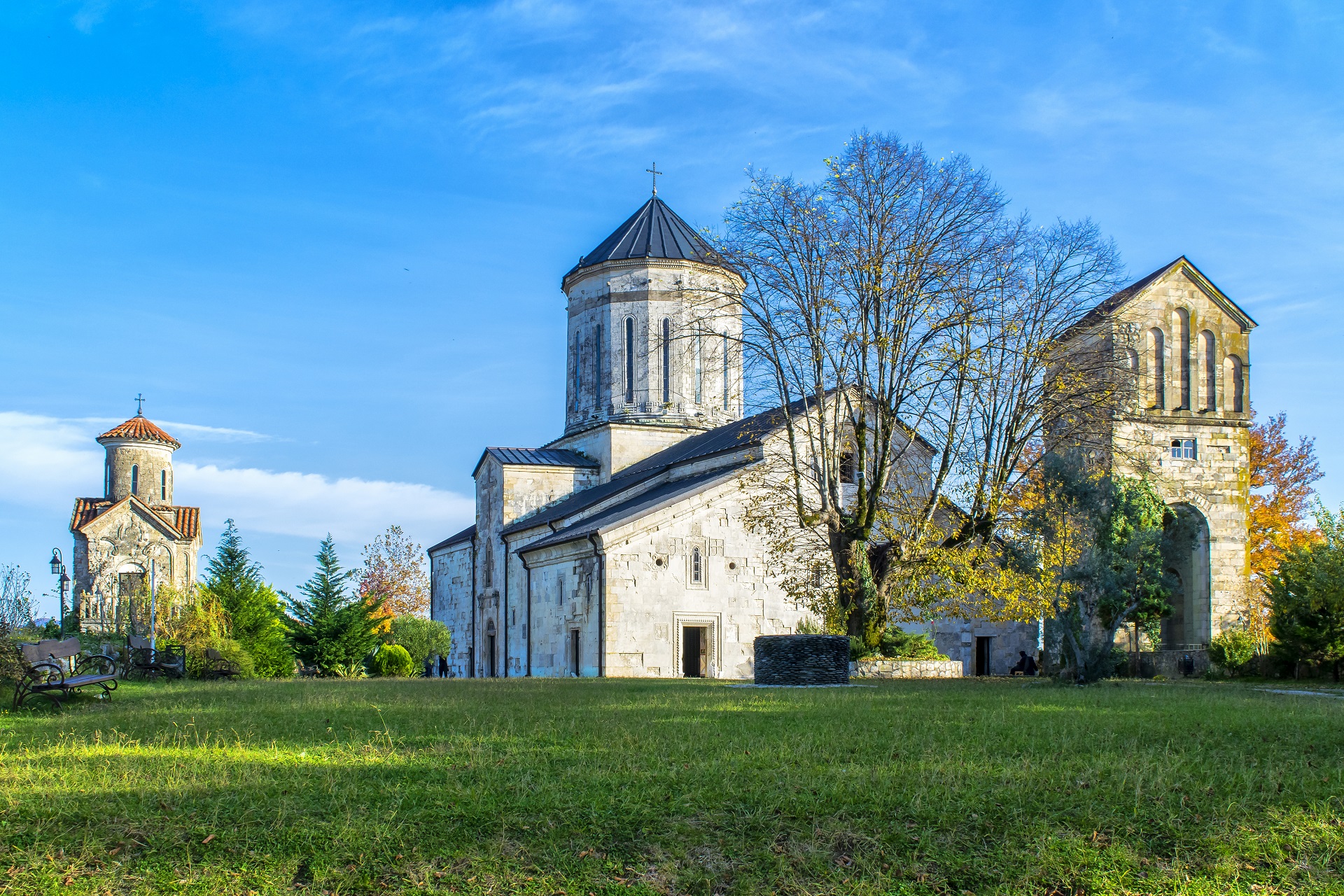 Central Cathedral is cross-domed, facades of the cathedral are ornamented. Figures and plan ornaments create one picture and describes scenes of Gospel and Bible. In the Cathedral is still preserved painting of XIV-XVI and XVII centuries. Beside the main cathedral there is located a X century two-storey church.

On the bicycle lane leading to the canyon from the municipality center, you can meet different kinds of food facilities and places of lodgings for the nights. In Martvili municipality is very popular family-run-guest houses, their number is increasing every year.

On the bicycle lane to the canyon cyclist can also visit the areas of the river Abasha. The river Abasha flows in the Martvili and Abasha Municipalities. It is the left tributary of the river Tekhura. Its length is 66 km, area of draining-basin is 370 km2. River Abasha originates from the south slopes of the Askha limestone massive. Its sources are the rivers Rachkhistskali and Toba. They connect above the village of Balda (sea level 325m). Abasha feeds on underground, rain and snow waters. Sewage is distributed relatively equally during the year. 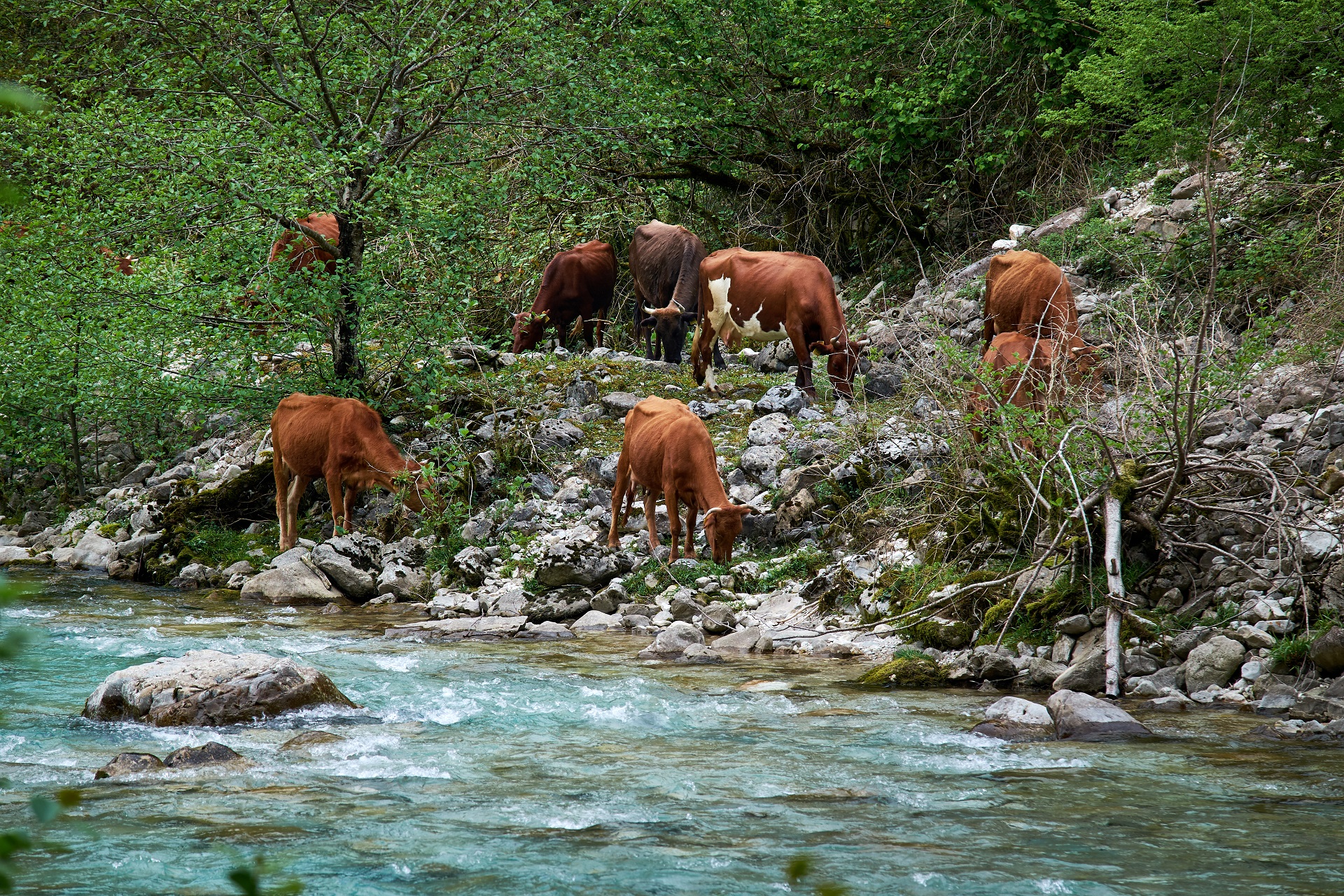 Bicycle lane practically runs along the riverside territory. On the western side of route to the canyon, about 300 m away, there flows river Abasha. The river Abasha and banks are attractive both visually and in terms of its unique biodiversity as well. Along the clear wonderful water is presented river-flood-plain forest type vegetation cover. Cyclist can rest on the bank of the river, admire the beautiful nature, enjoy the wonderful landscape and sounds of the river and birds.

Cyclist moving to the canyon can also visit the tea plantation in the village “Didi inchkhuri” along the bicycle lane. He can take park in its preparation and taste different kinds of tea prepared by local recipe, get additional energy and go on cycling to the canyon. While visiting the bicycle lane during the hot summer days’ visitors have possibility to refresh himself with the clear  water of Abasha, which few mile away from canyon. Both locals and arrivals often visit this location for swimming, which is really one of the best ways for relaxation on summer hot days.

The last location of the first bicycle lane represents Martvili Canyon. At the entrance of location is arranged the local market, where mainly local population sell locally manufactured things, souvenirs and food products as well.

Cyclists will have to cover 5.5 kilometers from the center to the canyon on a relatively easy terrain, with a minimum altitude of 181 and a maximum of 254 meters. The average elevation of the trail is 215 meters above sea level. The inclination of the terrain is insignificant, averaging 2.6%. 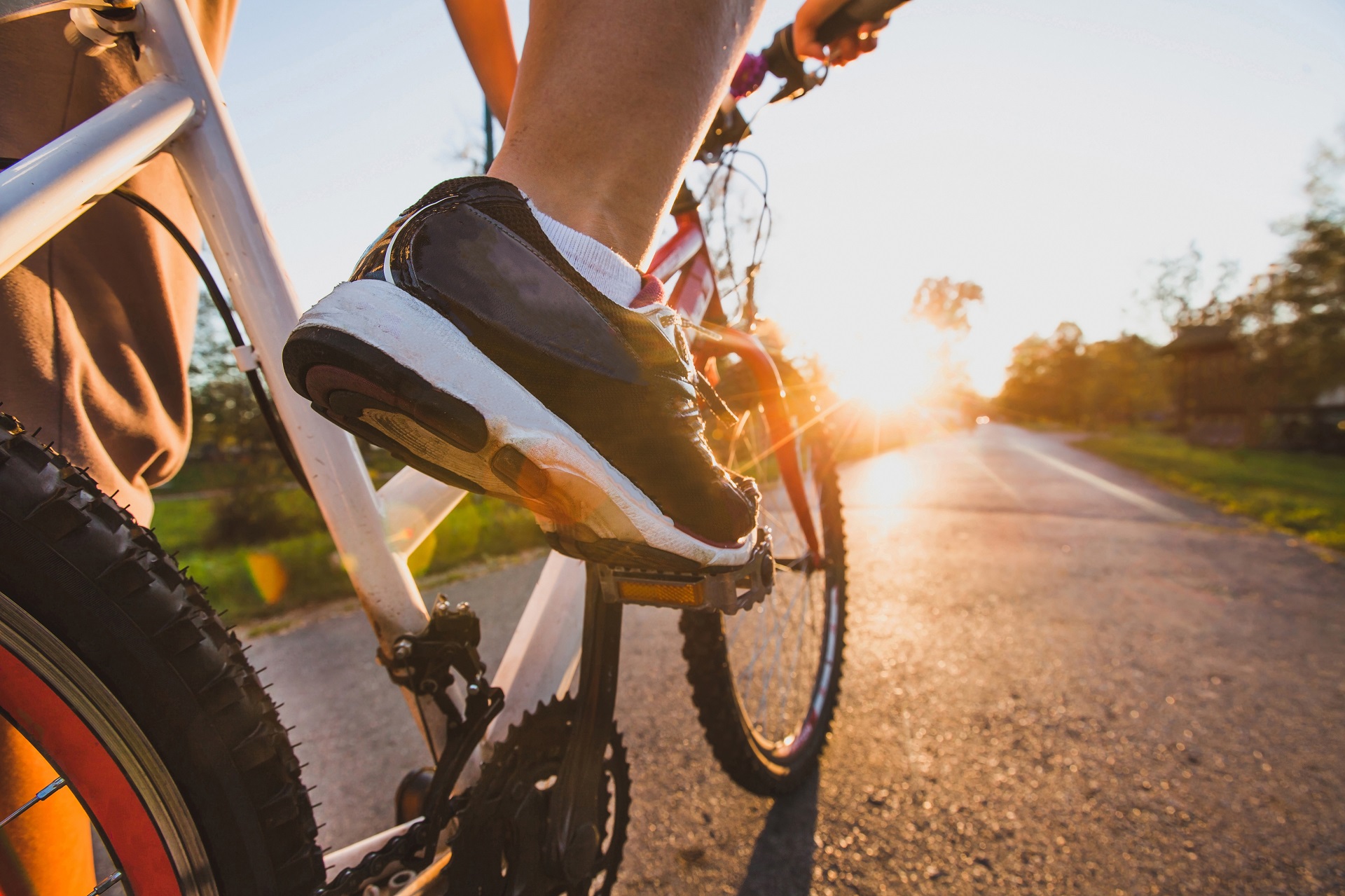 Cyclist reached the canyon have possibility to visit nature monument of Martvili canyon, can also go on the route to the Kagu waterfall. Cyclist can also go his way along hiking path and get the information about it on the information desk, which is installed near the canyon. On the path going from the Oniore waterfall to the canyon visitor can see the unique nature and one of the headwaters of the river Abashsa-Toba.

On the way from the canyon to the Kagu waterfall, while moving on the bicycle lane, you pass the village Balda, where also is possible to stay at the family-run guest-house and taste the local cuisine. In the village Balda nature monument of Balda canyon is the location which should be visited by all means. This nature monument represents the canyon created on the limestone rocks by the river Abasha, in the southern part of Askhi missives. The length of the canyon is 1400 m., width 5-10 m., depth 25-30 m. 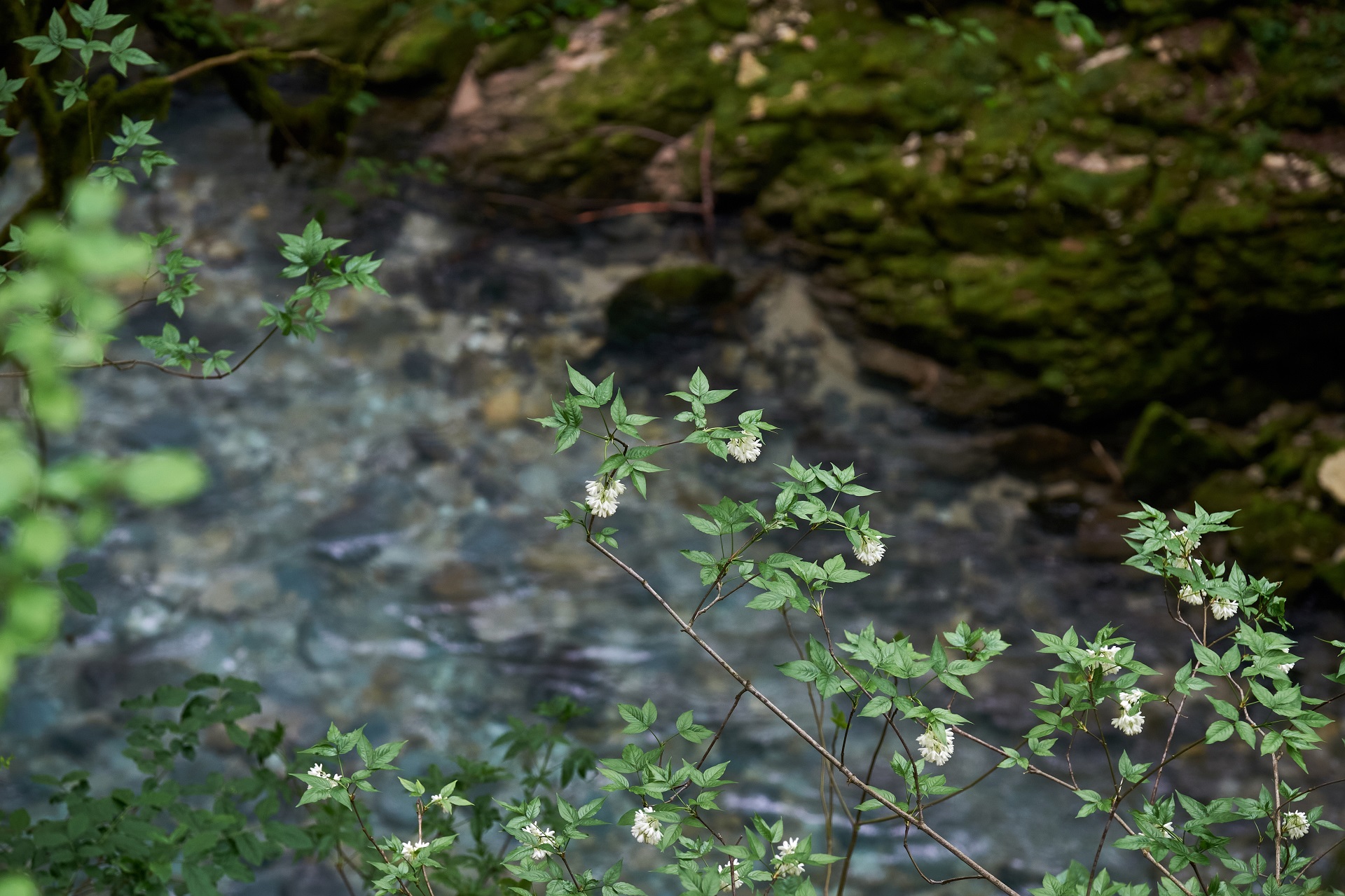 Balda canyon has big potention in terms of the diving. At this stage amateurs and divers dive in territory of canyon, through infrastructure is not arranged yet. And in the nearest future is planning to arrange infrastructure for the visitors. It is also planned to prepare infrastructure for kayaking. Accordingly, while cycling visitors will be able to take part in above mentioned activities, which are becoming more and more popular every year in the sphere of tourism.

After visiting Balda canyon, cyclist can visit a Balda monk monastery has approximately 400 year history. It is located on the wonderful place of nature on the left bank of the river Abasha, in the area of the mountains of Moteni, Iskoid and Jvari. Building of the church began in the beginning of XVII century. The initiator the church was priest Khurcilava, he was from Lechkhumi. In the middle of the village there was a cell, where Icon of Virgin was placed. In the public and religious occasions people gathered there.

According to legend, priest Khurcilava wanted the cell to be near his house. For this purpose he used people prejudice. He stole the icon at night and hid it in the shrubbery. People looked for it for a week and eventually they found it hidden in the shrubbery. They took it and placed it again in the cell. Disappearing the icon happened several times. The priest convinced the people that icon hated his old place and demanded new sacred place. People believed preach of the priest and built the village church of the Assumption of the Virgin. The church was built on the bank of the river Abasha on the place of shrubbery, where icon was hidden and then found. The name of village Balda comes from name of place where the icon was found.

Visitor has to cover about 15 km to get to Kagu Waterfall-the final bicycle lane location from Balda. Meanwhile visitor can enjoy picturesque and calm environment. Along the final location visitor can use hostels, camping places and the other lit-tle tourist infrastructure. There also is arranged food facilities, where local cuisine is very popular.

The final location of the bicycle lane – Kagu Waterfall is one of the most beautiful places in Martvili municipality. Waterfall sank in greenery excite the visitors. 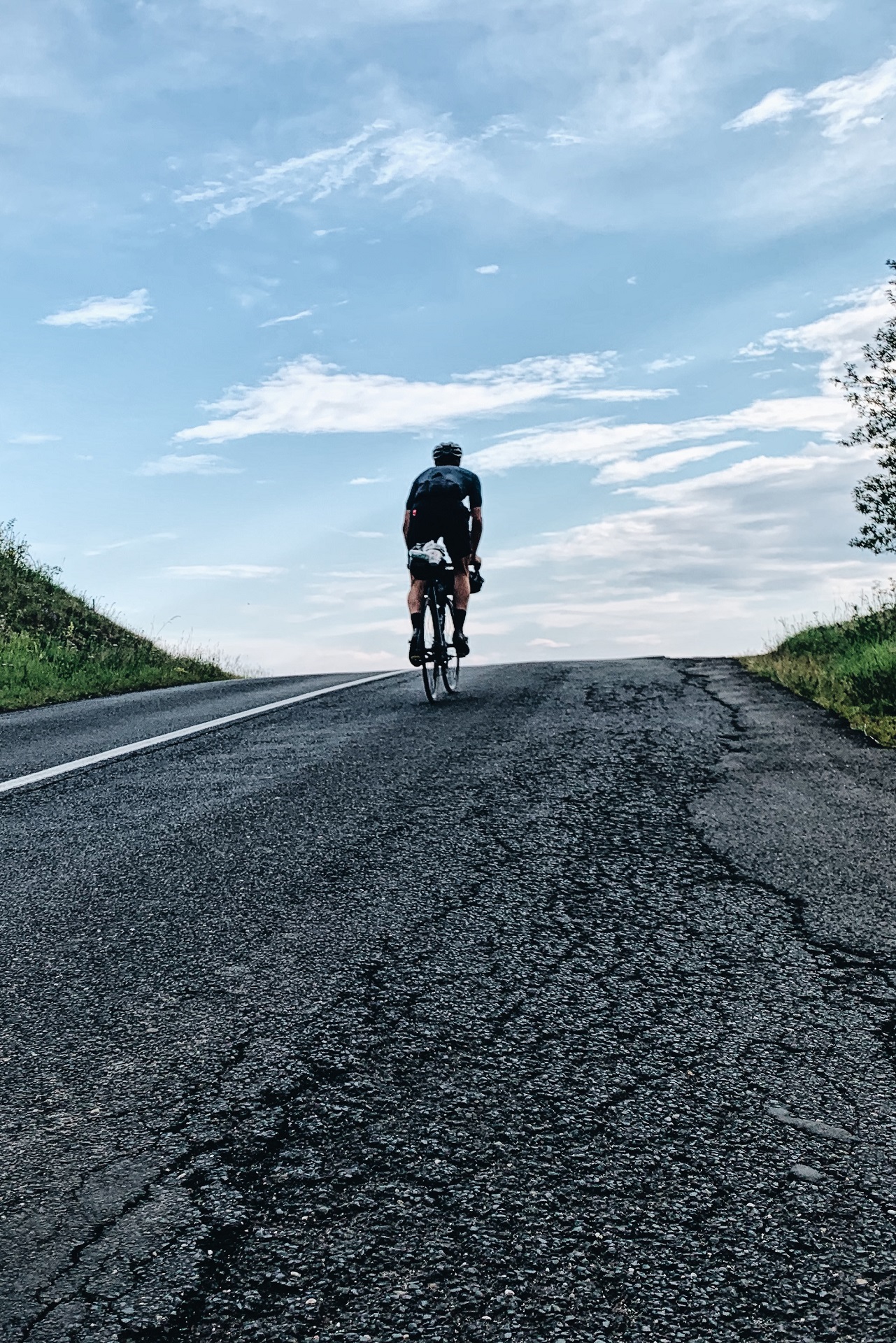 At the end of the bicycle lane visitor can go on his way along the hiking path to the direction of Oniore Waterfall, then continue his way to the Tobi waterfall. Tourist can also visit birdwatching tower, take a rest on the comfortable recreational locations with comfortable camping places and return to Martvili canyon territory. 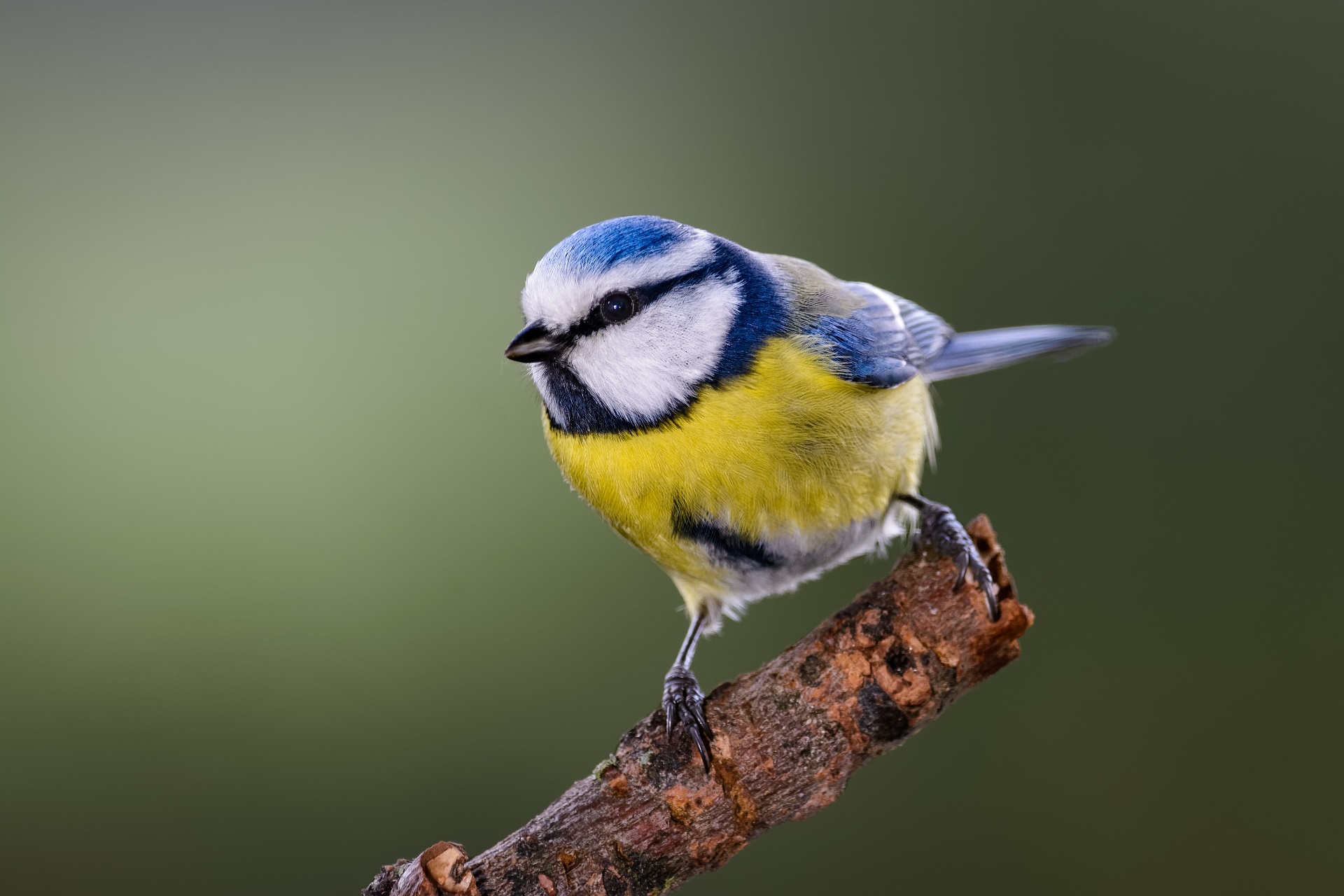